The First Black Woman Dentist in the US 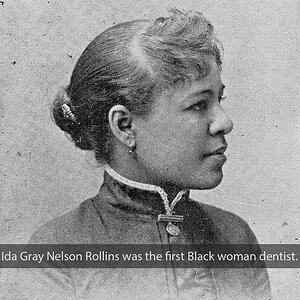 IDA GRAY WAS BORN in Clarksville, Tennessee in 1867. She became an orphan when her mother died in her early teens, after which she went to live with her aunt in Cincinnati. While Gray attended segregated public schools alongside her aunt’s three children and worked as a seamstress, she found time to work in the dental […]